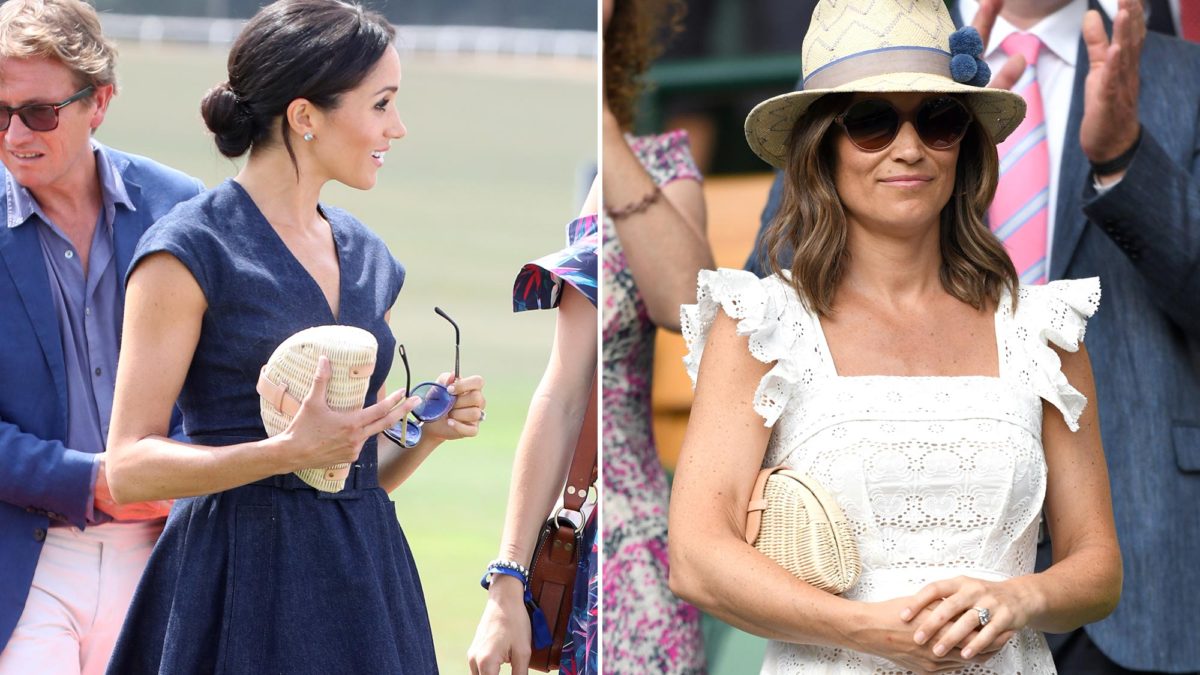 There are certain fashion items that are staples within the royal family. For instance, both Kate Middleton and Princess Diana owned Supergas, and Meghan Markle’s initial necklace was also first spotted on Prince Harry’s late mother.

And it appears the Duchess of Sussex and Kate’s sister Pippa Middleton have similar tastes too when it comes to accessories, as they have both been spotted at separate events wearing the exact same rattan fan-shaped clutch by J.Crew.

Pippa Middleton carried hers courtside at Wimbledon last summer, teaming it with a white broderie Anglaise dress. Meanwhile, Meghan also wore hers last supper, when she attended the Sentebale Polo Cup to support Prince Harry. She wore hers with a chic navy wrap dress by Carolina Herrera.

Now the slightly bad news is that that particular style has now sold out as it’s from last year, however J.Crew do have virtually the same style, just in a rectangular shape, which to be honest is probably a bit more wearable.

It’s currently in the sale on the American site, but sadly not on the UK one, however it’s worth keeping an eye on it just in case, as it’s a great holiday and wedding piece.