The designer handbags worth investing in now (to cash in later)

The designer handbags worth investing in now (to cash in later) 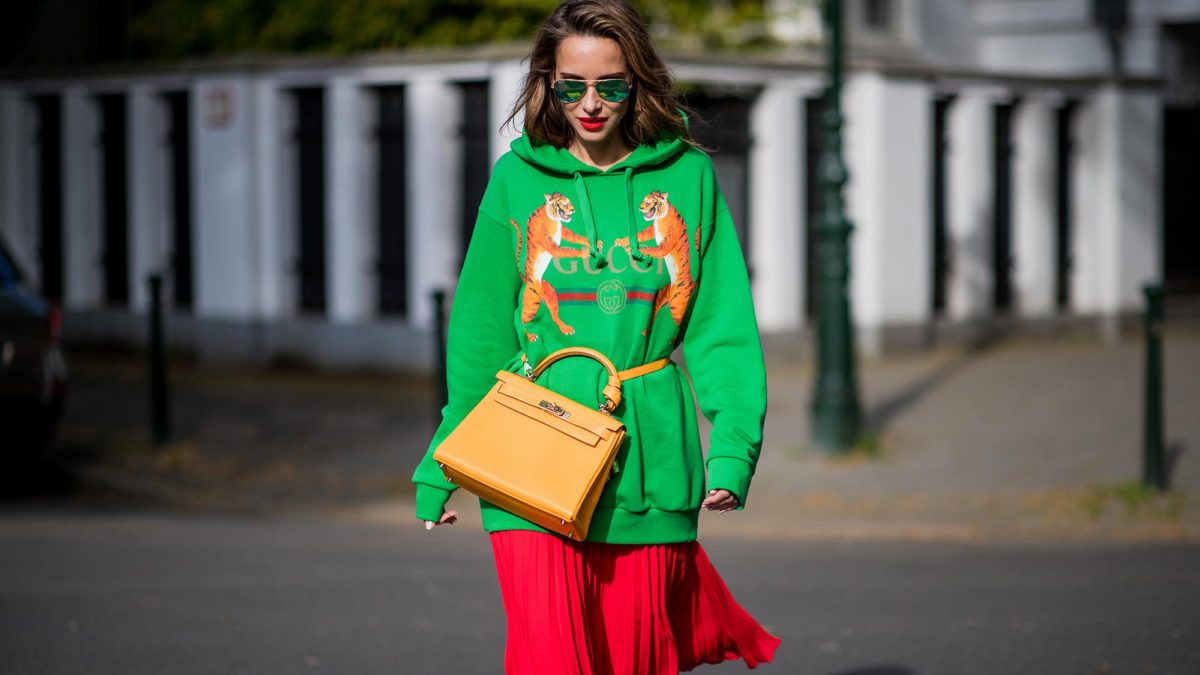 In case you needed an actual reason

We know, we know, you don’t always need a reason to invest in a gorgeous designer handbag, you’re preaching to the converted. However, there’s no harm in knowing that investing in one now can actually pay off financially down the line. We all know the classic Chanel 2.55 is actually a better investment than the stock market, so what’s the next big thing?

In fact Vestiaire Collective confirms there’s no better time than now to buy an it bag that will stand the test of time, ‘We’ve seen 90s styles such as the Dior Saddle and the Fendi Baguette making a huge comeback, enforcing that now is the perfect time to invest in an iconic ‘IT’ bag. Vestiaire Collective crunches the data to reveal the top pieces to invest in now, disclosing what’s trending, which pieces are increasing in value and which are tagged to hold their value long into the future.’

Vestiaire takes a look at the top trending bags over the last 6 months (Jan – June 19) to give you a run down on the lastest bags impacting the resale market. Favourites such as the Dior Saddle has seen its average selling price increase by 191% yoy and the Fendi Baguette by 178% yoy. Newcomers such as the Louis Vuitton Pochette Accessoire increased its sales on Vestiaire by 57% yoy and the Gucci Marmont has seen an increase in new submissions by 66% yoy. A look into brand new styles such as the Burberry Tb bag shows Vestiaire has already seen submissions and sales since it’s recent release in February 19.

The UK Country Manager at second hand designer fashion site Rebelle, says, ‘Whilst very high-end and exclusive styles – take the Birkin for example – are forecasted to double in value in the next 10 years, it’s not just Hermes or Chanel that are holding their value.’

And there’s no better time than the present to invest. ‘With price increases predicted at anything up to 14.2 percent each year; now really is the time to invest,’ she says.

She adds, ‘Forever bags, such as the Hermes Birken 35, the Mulberry Bayswater or Classic Celine, we consider to be long standing iconic styles, with strong track records of retaining their value and interest. They appear in our top 20 bag models for 2018 & 19 and will be appreciated long into the future. The Hermes Birken 35 continues to be popular within the resale market, with an increase of 71% yoy of new submissions to Vestaire. The Classic Celine sales increased by a steady 12% yoy alongside the Mulberry Bayswater which increased by 11% yoy, showing that despite all the newcomers, these iconic styles continue to be favourites among consumers.’

Louis Vuitton is always a good choice – fact. Louis Vuitton is one of the most valuable, luxury brands and has been listed as one of the most profitable accessories brands in the world. This is also true for the secondary market where prices for second hand Louis Vuitton pieces are rising inexorably. The ‘Speedy Monogram Canvas bag’ is a popular option amongst young women due to the low price in comparison to other Louis Vuitton bags. Retail prices start from £635 and a pre-loved version of this model still resells for approximately £515, dependent on the condition. Investors need to be quick though, as many of the most pursued pieces sell out in a matter of minutes!

While the classic Chanel Flap is a wardrobe staple, with the value of the 2.55 bag having increased by over 70 per cent in just six years, another bag to consider for investment is the Chanel Boy Bag. Introduced in 2011, it is already a mainstay and joining the ranks of the more classic styles. Five years ago the bag started at £2,000. Today the Chanel boy bag starts at £5,000 and typically retains at least 90% of its resale value. Black is classic, but all neutral colours are a great choice; if you want to use the bag season after season, make sure to buy the bag in a basic colour. Something to remember, no matter the brand!

Another classic Hermès bag is the Kelly Bag, named after Grace Kelly. The hard to come by Kelly has one handle and a shoulder strap compared to the Birkin’s two handles. Back in the 1950s, before Grace Kelly was pictured with the bag that would later bear her name, a new Kelly bag from Hermès would have cost just under $1,000. Today, the most basic Kelly costs around $10,000 (10 times as much as it cost in the 50s). Hermès generally increase the prices between 5% and 10% annually for a new bag, so now is definitely the time to buy.

Since the appointment of Alessandro Michele in 2015, a revived Gucci has become one of the most desirable on the market, with handbag sales rising by 7% since January 2016. The Jackie bag is a style which is constantly reinvented; the Italian fashion house renamed the 1950s Constance bag after Jackie Onassis when she was regularly seen spotted with the Gucci bag throughout the 1960s. The bag was reinvented again in 2009 with a modern deconstructed design – but it still took over eight hours to make each one. We have a waiting list of customers wanting to buy the Jackie soft-suede hobo, which could earn anything up to £1,400 on second hand retail value.

Finally, this one is a beautiful, structured and classic bag for anyone looking for something with a bit more of an edge. Although what may be a classic design in appearance, this Celine bag was created in 2010 and wasn’t immediately a huge hit. Fortunately, its McQueen-esque shape made it a mainstay with four varying sizes available and in recent years it has been a firm favourite with regular waiting lists. The price has also increased steadily, with the last increase in 2014, so I would definitely recommend the investment. Retail prices start from £1,750 for a micro sized version and resale value starts from £1,400, depending on condition of the bag.

Do we think the mortgage guy might take a handbag instead of a bank statement?