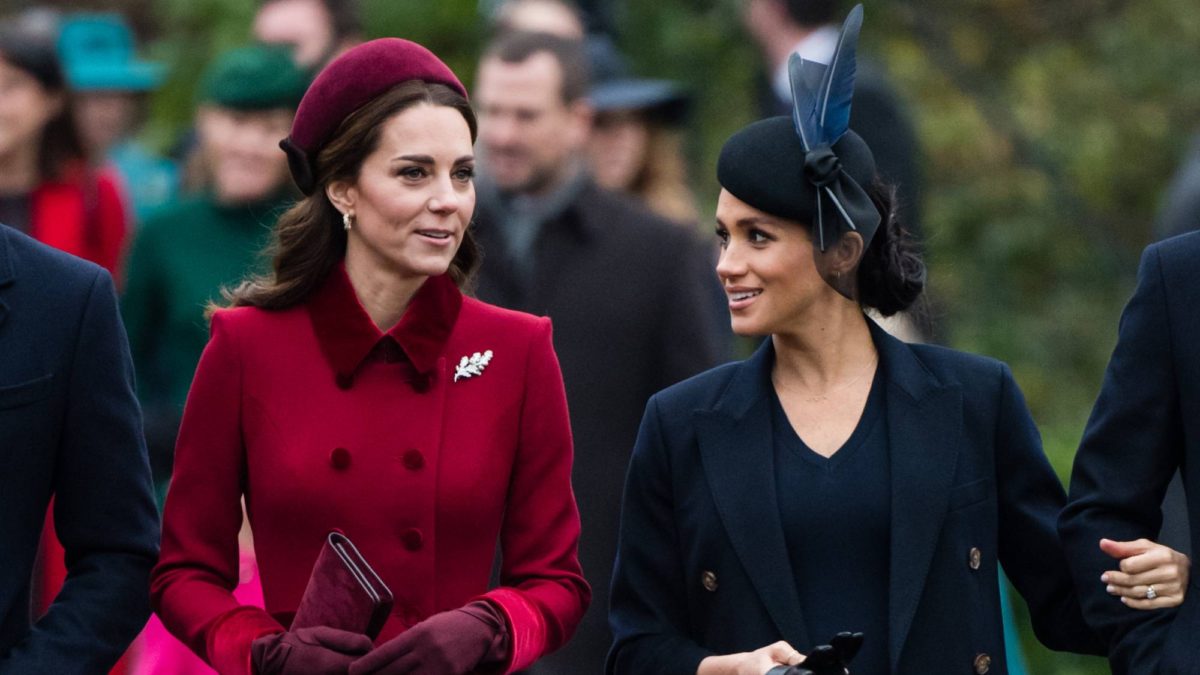 However, they don’t always get to pick what they want to wear. Apparently Meghan doesn’t have a stylist so she’s more likely to choose something herself, but she caused outrage by daring to wear black nail varnish (sigh) and has reportedly been banned from wearing this when she visits Queen Elizabeth II at Balmoral this summer.

And while Kate and Meghan have very different styles, there’s one thing they have in common – they’re not afraid to think outside of the sartorial box and wear a hue or style that stands out from the crowd.

But there is one colour that the Duchess of Cambridge and the Duchess of Sussex have never worn, and once you know what it is you’ll let out an, ‘Ahhhh!’

Harpers Bazaar Australia researched every outfit that Kate and Meghan have ever worn, and found that neither royal has ever been spotted wearing orange.

However, it is not believed to be a royal rule to banish the hue from their (enviable) wardrobes. According to The Express, it’s because the colour doesn’t photograph well and many of those in the spotlight, celebs and royals alike, opt out of wearing it.

The Queen, however – always a rule breaker – has stepped out in orange several times before.

She wore a bright coat and hat during a visit to the Science Museum in March earlier this year.

And so much for not photographing well, because we think it looks wonderful on the monarch.

Let’s see if the Duchesses are ever convinced…